Cancer Caused by a Pregnancy

Michelle Velez‘s story is just unbelievable. Within a matter of days she went from expecting her third baby, to miscarrying to being diagnosed with cancer. Michelle’s cancer, stage 4 Gestational Trophoblastic Neoplasia, was caused by her pregnancy.

Michelle Velez is a news anchor in Las Vegas, a mother of two, a wife and most recently became a cancer warrior.

In this episode of Happiness in Progress, Michelle explains how the pregnancy turned into cancer.

Early in her pregnancy, she went to the doctor – and found out the heartbreaking news, that she was not pregnancy. Her gestational sac was empty.

Within a few weeks, she started to get intense pregnancy symptoms while experiencing bleeding. She wondered, “Am I having a miscarriage or am I still pregnant?”

#110 When a Pregnancy Turns into Cancer feat. Michelle Velez

Michelle explains that’s when the placenta starts reproducing invasive tissue. It starts to invade the uterus – and in some cases spreads beyond the uterus.

The doctor watched Michelle’s HCG levels. They were hoping to see a zero, but instead – at Michelle’s sickest – saw 800,000.

Eventually, Michelle’s doctor sent her to an oncologist.

Michelle said she was in denial, “Why do I need to go to a cancer doctor? I don’t have cancer. I have a prgenancy. Why all of a sudden am I at this oncologist’s office?”

Moms Get Cancer Too

But the next day, Michelle got her diagnosis. It was cancer.

The two words Michelle uses to describe her response was “unbelievable and terrified.”

Of course, as any mom would, her first thought was her children – a 4 and 2-year-old.

Michelle says after the initial shock of cancer, the worst part, is trying to be a mom while battling cancer and going through chemo.

“It’s really hard to be a mom when you’re going through really intense chemotherapy.”

She has had help from her parents and in-laws, including sending her kids to be with her in-laws a state away for several weeks.

Along with the guilt she’s felt over sending her children away, she is careful about how she approaches the subject of cancer around her children.

When Michelle was shaving her head, she explains her oldest was very worried as he watched her cry. He asked her why there was water coming out of her eyes. 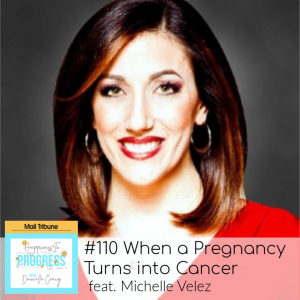 She says she feels lucky and blessed they won’t remember most of this time in their lives.

But one day when they’re older, she’ll tell them everything.

“I want them to know I got through it and that I survived it.”

Michelle says most cancer patients – or warriors –  probably ask why me?

While there’s not really ever a good reason for cancer, Michelle says, “In my case, I have a mission to connect to people and make people aware of what this is.” 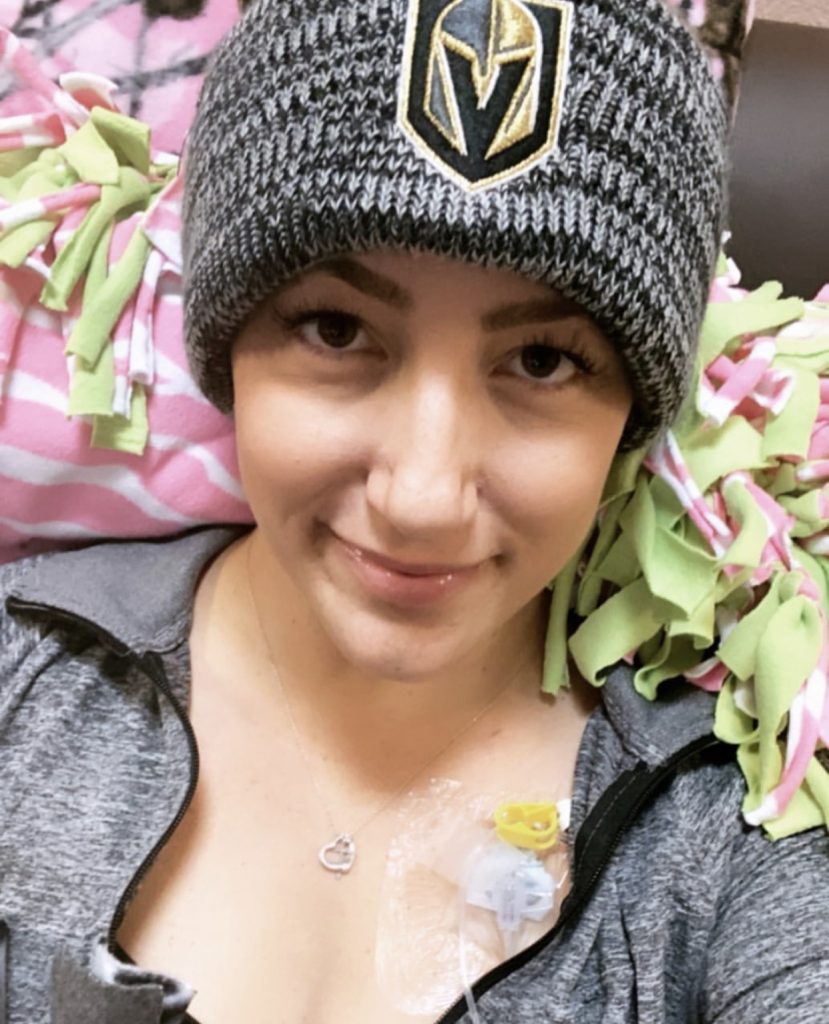 While it’s rare, it’s not that rare, Michelle told me on the podcast.

“It makes me mad that more people don’t know about this,” she said, simultaneously promising to advocate and educate, “I feel like I have a mission to make people aware of what this is.”

She believes all people – specifically women of childbearing age – should know the signs and symptoms.

And don’t forget, Michelle is not only battling cancer, but mourning a pregnancy loss. She said it’s hard for her to think about where she would be in her pregnancy and has even asked herself, “Why did she get a baby and I got cancer.” 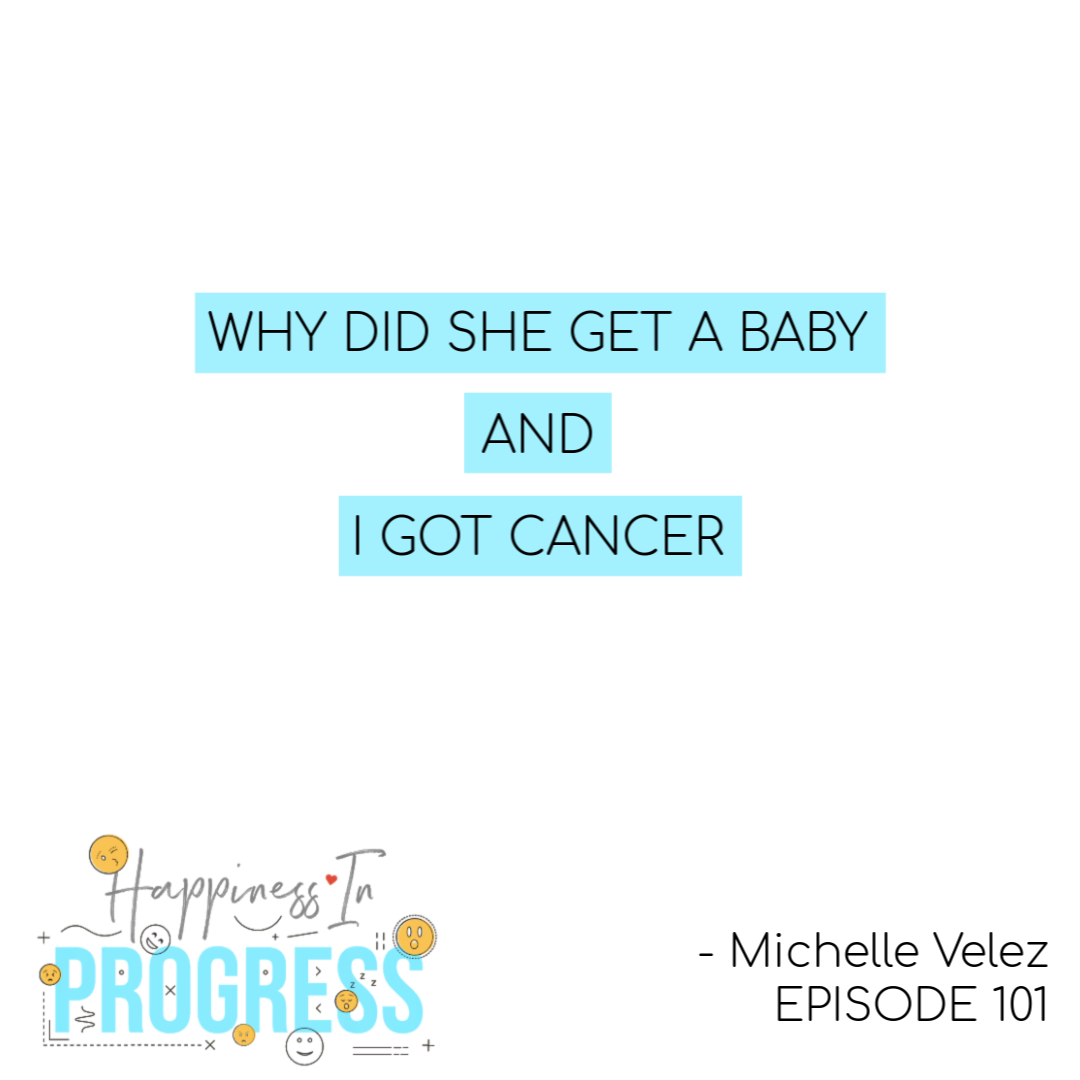 “When you face the possibility of death, which is something you do when you get diagnosed with cancer, you look at every single day differently. You start to appreciate the little things and the time and stop worrying about the smaller things.” 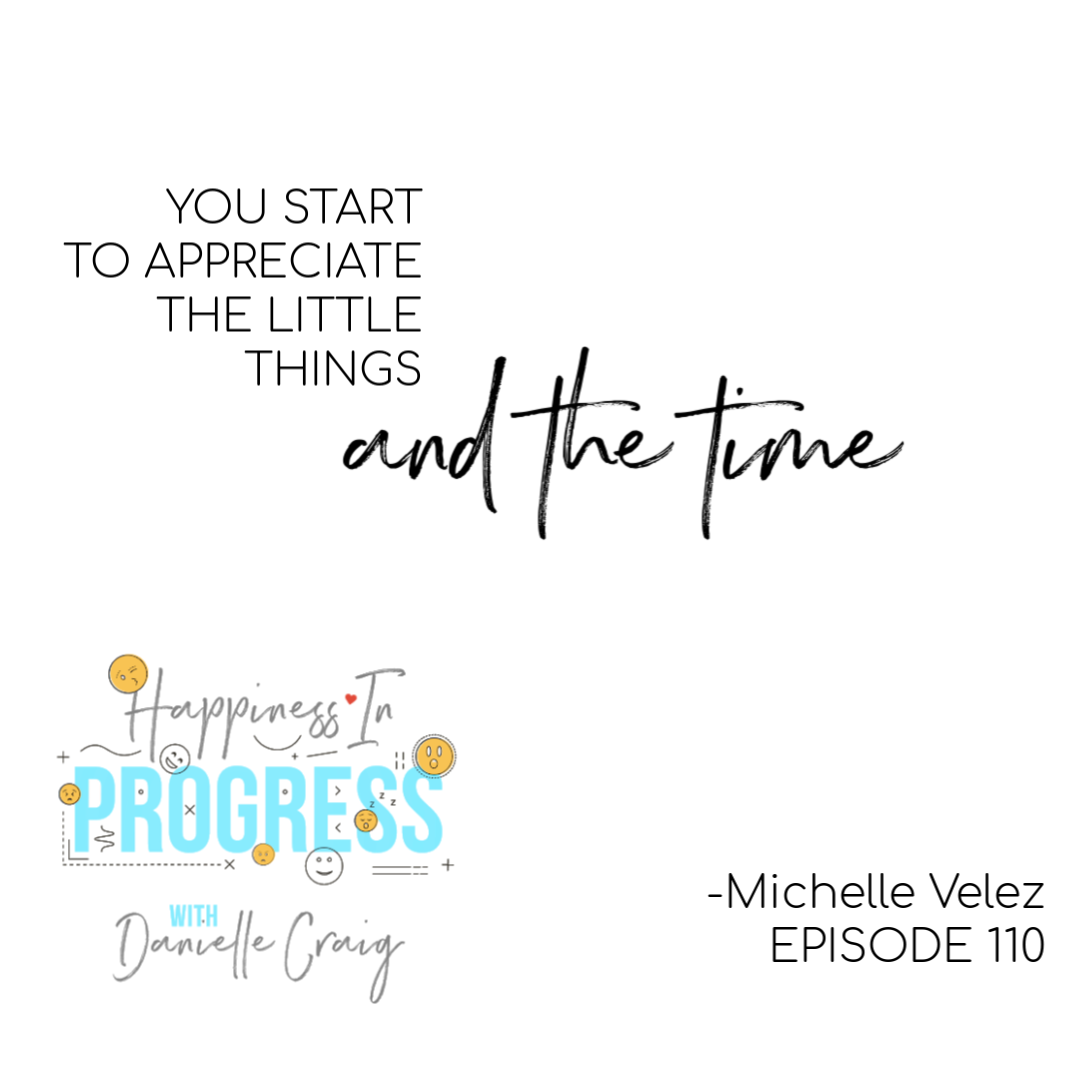 More in Episode 110 of Happiness in Progress

Dealing with Grief during the Holidays

#109 Self-Care with the Year of You, feat. Brooke DeBoer